Incoda Traffic Booth Media has been one of the most demanding media for advertisers. We currently have 250 unique media properties in almost all the important junctions in Kolkata and more than 500 ITB (manual and assistance booths) in all the 18 districts of West Bengal.Incoda also owns unique media properties – Incoda Traffic Booth Media in the eastern part of India – Guwahati, Shillong and the major cities of Orissa. We also have ITBM in other parts of India, the worth mentioning of which are Hyderabad, Cyberabad, Pune, Nasik, Solapur, Ahmedabad, Baroda, Noida, Ghaziabad and we are in the constant planning phase for expansion in the other major cities of India.All these traffic control booths carry overhead backlit advertisement kiosks which are being used extensively by the companies like Vodafone, Reliance, Airtel, Aircel, BSNL etc. Our approach for your cooperation is mainly based on our amalgamated ventures which different government bodies like KMC, Transport Department, Govt. of West Bengal, PWD etc. 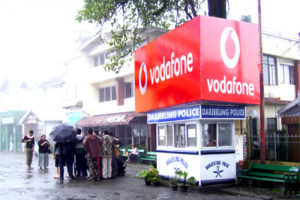 ITBM across the country:

Incoda is one of the most successful media advertising companies and offers the best outdoor advertising.